For the past year I have woken up every morning wondering what I would write about that day. When I leave the house, I carry a PDA, digital camera and mp3 recorder. When I walk into a shop, stop for lunch or even have a conversation I’m always thinking, “is this blog-able?”

So, a year later, it’s quite interesting to see which of those blog entries I’ve committed to the web have become most popular.

The most popular entry ever on Irelandlogue.com is . . . 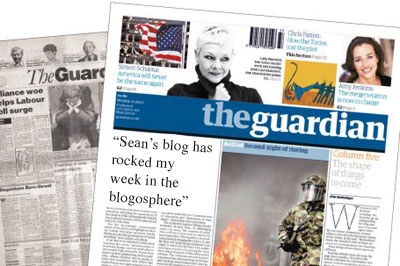 This is completely inexplicable to me. Could it be that there are a load of hurling fanatics typing “lovely hurling” into Google and hoping to find some? Maybe it’s the most interesting sounding out of all my Irish slang posts? Whatever the reason, it’s top of the heap.

The second most popular is a bit more understandable. The Bus Nestor/Citylink entry is probably the result of folks wondering which bus to use.

Some recent entries have risen VERY quickly in popularity. Ever since Mika of boots boys fame suggested we collect my Irish slang entries into a single post, the Irish Slang dictionary has become the most popular post on the site. Similarly, the recently posted Irish time machine, the Sean’s Bar – oldest pub in Ireland post and Best Irish Jokes of the year logue entries are big hits as well.

It’s interesting to see that my Fecking Hamsters post is so popular, i suppose it’s the bizarre title that draws folks in. The insight into Irish personality post has proved a lot more popular that I ever anticipated, given its humble conversation-in-a-pub source, holding its own ever since I posted it last January.

Speaking of pubs, I’m also surprised that some of the posts on drinking aren’t up in the rankings, namely my Nightclubs and the etiquette of drinking in Ireland post and my Guide to Finding the Perfect Pint.

A couple of older posts are seeing a resurgence in popularity, though. The king of the travelers post has become a favourite recently, even though it was posted ages ago. Same with the Cycling at the cliffs of Moher post.

Not even near the top is the series of posts on Irish fuel, but I suppose the information they contain will be obsolete as the bogs go dry in the next 5-10 years. 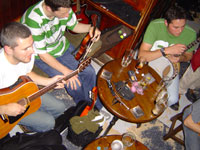 It remains to be seen whether my Irish session rules post will generate a significant number of hits (I suspect it might).

To sum up, it’s not always the posts that took the most amount of time, nor the ones you think will prove popular that folks tend to read. There are no hard and fast rules, nor any guarantee that what you write will resonate with folks.

Seriously: Lovely Hurling? What is THAT all about?