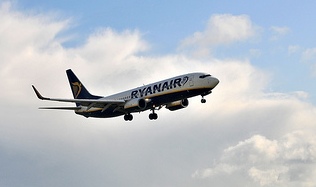 An efficient and well organized public transport system, definitely doesn’t give you headaches when it comes to visiting Ireland. Most travelers tackle the country by bus, but the trains represent a very good alterative, as well. Plus, flying here is affordable.

Flying is the most popular way to get to Ireland. Air Lingus is the flag carrier of Ireland and flies to over 78 destinations in the world. Its fares are comparable to the low cost carriers’ fares. Also, Europe’s largest low cost carrier, Ryanair is based in Dublin (although its main operation are in London).

Dublin Airport is the eights largest airport in Europe and definitely the largest one connection Ireland to the rest of the world, including the United States, Canada, Continental Europe and the Middle East.

Trains link Belfast to Dublin but there is only one border-crossing serving available, ran jointly by Irish Rail and Northern Ireland Railways.

There are several bus companies which operate across the border links. Eurolines links Ireland to the UK and from there, the rest of Europe.

Ferries connect Ireland to both Great Britain and France.

Getting around Ireland: from one city to another

Renting a car in Ireland is a very good choice if you plan to explore the country at your own pace. Note that you need to be at least 25 to rent a car in Ireland. While it may not be very cheap to rent a car – and the gas is not cheap either – , you’ll have the freedom of creating your own visiting schedules.

Thanks to three airlines fighting for passengers, flying between the cities in Ireland is often considered the cheapest way to explore the country. Aer Arann, Ryanair and Air Lingus all offer excellent domestic connections and the fares are amazingly low.

Most trains in Ireland operate to and from Dublin but the railway system has been undergoing expansion. The speed has increased and there are enough connections available to be able to use the trains efficiently.

But the preferred method of transportation for budget travelers is the bus. Bus Éireann (or Irish Bus) operates an extensive network connecting the Irish cities. You can book the tickets online.

You can also travel from one city to another by boat.

Getting around Ireland: within a city 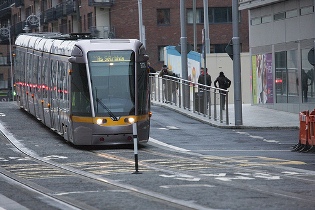 Dublin has an effective network of trams; the system is known as Luas. There are two lines and provide good links within the city. An extensive network of buses connects the city and its suburbs. There are over 200 bus lines in Dublin but everything can get confusing, so make sure to purchase a Dublin Bus map before exploring the city in such a way.

Cork, Limerick and Galway are easily tackled on foot and cycling can be an excellent way to explore Killarney.