Getting from Liverpool to Dublin (and return) 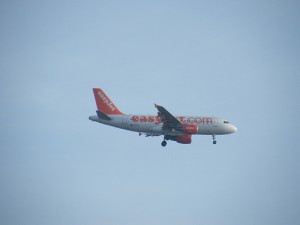 Dublin is not only the largest city in Ireland, but also its capital. The center is small enough to be navigated on foot. There are plenty of interesting sights to visit. Also, don’t leave Dublin without a visit in a traditional Irish pub.

Liverpool, in England, is a fantastic city, culturally reach and famous for its music, sports and nightlife. The city center is also easily tackled on foot and there are plenty of interesting things to visit.

Many travelers choose to visit parts of the United Kingdom and Ireland during the same trip. And thankfully, getting between Dublin and Liverpool is easy, cheap and fast.

For this route, the cheapest and fastest option is by plane. Ryanair offers up to 9 daily connections between the two cities, which means you can get away with less than £50 per person, roundtrip, regardless of when you plan to travel.

Dublin Airport is hub for Aer Lingus, CityJet, Monarch Airlines, Ryanair and Thomson Airways, which means finding cheap flights into the city is an easy choice. Also, Liverpool Airport , although not a hub for any airline, receives flights from low-cost carriers such as easyJet, Flybe and Ryanair.

Getting from Dublin to Liverpool by plane is fast (50 minutes) and cheap. Ryanair offers up to nine connections daily and the fares are really low (£34 per person, return). You don’t need to plan your flight too early in advance either, but try to avoid flying over the weekends when the fares are typically higher.

Ferries from Dublin to Liverpool

It is possible to get from Dublin to Liverpool (and return) by ferries. Actually, the Liverpool-Dublin route is one of the main ferry routes between England and Ireland. The journey to/from Liverpool takes about eight hours.

You can also rent a car and drive to Liverpool (and return) but you’ll need to take the ferry to cross the sea. However, the shortest route by car and ferry is 234 km and can be covered in little over 5 hours. Do consider that you pay considerably more for a ferry ticket if you are also bringing the car.