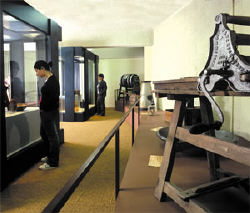 Any historic destination worth its salt is going to have its fair share of museums, and Ireland is no exception. Just about every city and town will have at least one museum showcasing the local history, but some museums are interesting to more than just the locals. These are some of the museums which you should definitely consider visiting if you are in these cities:

More museums in Ireland are listed here, on the Irish Museums Association website.