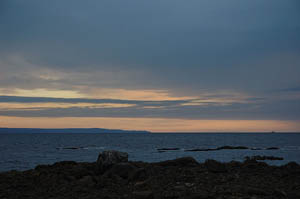 The city of Galway has plenty of colorful and interesting districts, in spite of its small population. For a lot of travelers, Galway is a city with joyful spirit, historical highlights and remarkable coastal environments. This is probably one of the reasons why plenty of travelers visit the city in October. In addition to its historical highlights, the city offers a broad array of cultural sights and events during this month.

Baboró International Arts Festival for Children – Every October, this famous festival brings an insurgence of color and sound devoted to children. Intended for school groups, the festival comprises more than 40 presentations with exhibitions that include juggling, music, puppetry, theater and storytelling. Also, there is a series of seminars in crafts and arts for the children. The festival takes place between October 12 and 18, 2009.

Galway Comedy Festival – Are you prepared for the laugh of your lifetime? If you are, then you must not miss this event that will be happening from October 21 to 26, 2009. Actually, it is not only the local artists who will be challenging for your unfathomable belly laughs, but you can also expect to see comedians from other countries like Australia, Canada, UK and USA at the event.

Great Irish Beer Festival – This festival will exhibit more than 100 beers from different parts of the world, which will incorporate some odd flavors and non-alcoholic beers as well.

Ballinasloe October Fair – This event if one of the oldest festivals in the country and is also the biggest and the best in the entire Europe. Although nowadays it is mainly connected with horses, during its glory days, this event was an agricultural fair of much higher importance that served as a market that trade sheep and cattle by the farmers coming from the West to their equivalent in the East Ireland. The fair has only become exclusive for horses in the early 20th century. Ballinasloe October Fair 2009 will take place on October 5, 6 and 11.

Galway’s weather is known to be very changing; however there is big chance for rain in October.

>>more information on Weather in Ireland

October is autumn in the city of Galway and it only translates as the perfect time to visit the city. During autumn, the city is at its off peak season, meaning the crowds are low. Hence airlines offer great deal airfares to travelers going to this city in October. All you have to do is to search for these airlines on the internet and book a flight to Ireland in advance.

Searching for affordable Galway accommodations is not hard as the city is not so busy welcoming visitors in October. During autumn, a lot of hotels and hostels offer discounts for their customers . Seasonal hotels still open their doors to travelers during this time and are really reasonably priced. So, if you want to stick to your budget during your travel to Dublin, it would be sensible to plan earlier and book for advance accommodation in order to take advantage of whatever promos any of these hotels have.