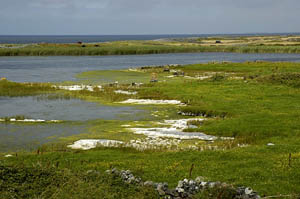 Galway is Ireland’s forth largest town and thanks to its distinctive and colorful districts, many people choose it as a vacation destination.

August is probably one of the best times to visit Galway. The beautiful buildings, architectural artifacts, and other historical places attract tourists like a magnet.

How to Get There

Those interested in visiting Ireland often choose Galway because of the diverse landscape, spectacular scenery, mountains, green fields, and dramatic coastlines. The city is located in the western part of Ireland and is very well connected to the rest of the country.

You can travel by car from Shannon by accessing the N18 northbound which will only take about 1.5 hours.

If you need to travel from Dublin by car, you can exit at M4 and take N6 west. You will pass Athlone town, Ballinasloe, and Loughrea until you finally reach Galway. From the Hueston Station on Dublin, you can reach Galway in about 3 hours.

Flying to the airport of Galway is also now possible and many travelers are now choosing this option. Don’t worry about baggage charges because if your bags weigh less than 15kg, you won’t pay anything.

The airport is located 10 km from the city center but the public transport is poor. Your best option would be to rent a car (unless the hotel offers the transfer). Taxis charge about €15-20 for a ride from the airport to the city center.

>>read more about Flights to Ireland

Buses connect Galway both to other Irish cities and to the near-by airports, such as Dublin’s or Shannon’s airports.

Galway is also very well connected to Dublin via train. There are up to six trains from day running on this route.

Accommodation wise, Galway offers something for everyone. There are hostels in Galway for those on a low-budget and there are also posh hotels catering for those who prefer more facilities. But no matter where you plan to stay, it’s a good idea to search in advance and book your bed/room before you arrive.

If you want to save money on accommodation, the best time to visit Galway and other places in Ireland is from November to February. From July to August, it’s peak season in Galway and the rest of Ireland and so you can expect more tourists to be there as well. If you don’t like noise and crowds, it’s not a good idea to come to Galway at this time.

The average day time temperature in Galway in August is about 64F/17C , while during the night it only climbs up to 54F/12C. Do plan accordingly when you pack your bags.

August is also quite a rainy month (it can literally rain all month long!) so bring your weather gear along.

>>more information on Weather in Ireland

August Holiday at Galway starts at the beginning of August. Since the city has festivals all throughout the year, you can witness the Tuam Arts Festival and Connemara Pony Show which both are held in August every year. The events attract a lot of tourists and vacationers from all over the world. During the Tuam Arts Festival, you can see street theater performances. The Pony Show is a week long activity which will also give you the chance to explore Connemara National Park.

Galway Summer Racing Festival is a horse racing event, traditional and very Irish. It starts late in June and runs through the summer peak months. Over the years it has become the Irish equivalent of Mardi Gras.