Head Over to the Vatican for Easter 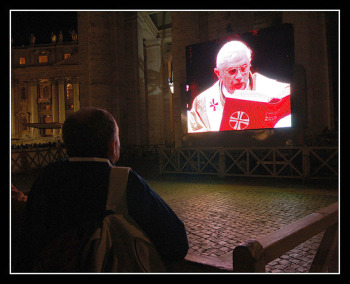 The casual observer might think that the only thing tying Ireland and Italy together – besides the fact that they’re both in Europe – is the first letter of their names. But that’s not all these two countries have in common. In both Ireland and Italy the majority of the population call themselves Roman Catholics (nevermind how faithfully they practice their religion in either case).

But if you’re in Ireland and thinking that it’s not quite devout enough for your Easter holiday, then may we suggest a trip to the Vatican?

The truth is that you don’t have to be a Catholic to appreciate a trip to Vatican City over Easter. The pomp and circumstance that come with any religious celebration at the HQ of the Catholic religion are something to behold, and if you’re a believer then it’s that much better. Plus, either way you can turn a trip to the Vatican for Easter into a trip to Rome for a week. The weather might not be as nice at Easter as it’ll be later in the summer, but it’s likely to be warner than it is in Ireland.

From Dublin and other bigger airports in Ireland, Rome airfare is often really cheap – especially outside the busy summer travel season. In particular, look for deals on Ryanair (from Dublin) and Aer Lingus (from Dublin and Cork). Each of those airlines flies into a different airport in Rome, so be sure you know which one you’re flying into – Fiumicino is bigger, but Ciampino is closer to the city.

There is an enormous number of hotels in Rome, but the cheapest ones have likely already been booked for the Easter holiday. You could get lucky and find a hotel near the Vatican (for easy access to aforementioned pomp and circumstance) at a great rate, but don’t be surprised if the only hotels left that can be considered “budget-friendly” are around Termini Station. It’s not the prettiest Rome neighborhood, but it’s fine – and buses run regularly from Termini out to the Vatican, so it’s still easy to get out there.

Do note that if you were thinking you’d visit the Vatican Museum while you were in town that it could very well be swarmed with Easter travelers. Lines to get into the museums can be long at the best of times, so any time Rome experiences a tourism spike the lines get that much longer. To avoid an hours-long wait you can either book tickets to the museum in advance (they only recently starting selling tickets online) or you can book a tour with a company that guarantees it’ll let you bypass the lines.