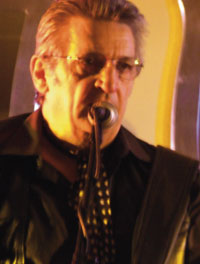 One of the things that caught me by surprise when we moved to Ireland was the Irish predilection for country music. I mean, there are American country music format radio stations in this country. There is even a subcategory of the genre called Irish country which features a number of very Irish bands singing in not-so-very Tennessee accents.

In any case, almost every red-blooded Irish person – country fan or not – loves Johnny Cash. The man in black may no longer be with us, but his music is . . .

The show is called The Songs and Sound of Johnny Cash Johnny Cash’s sister Joanne Cash Yates has said “If John wanted his legacy passed on to anybody, it would have to be Bob. John always regarded Bob as one of the family and had great respect for him as a friend and a performer.”

Fair play to ya, Bob.