Sean’s Bar not actually the oldest pub in Ireland! 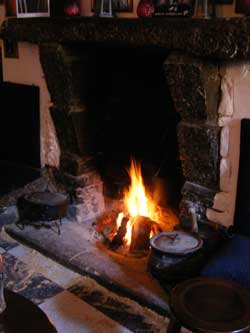 With their Guinness Book of World Records certificate stating that Sean’s Bar in Athlone is the oldest pub in Europe, you would figure this pub’s authenticity was beyond question. Walking into the place you can hardly miss the certificate there, framed next to a sample of the wattle and daub walls unearthed beneath the pub during renovations in the 1990s. The piece of wall on display has been dated back to 900 AD.

Well, it turns out it’s all one big trick. The owners of Sean’s Bar today revealed that the “900AD walls” on display are actually the creation one of the owner’s children. The “walls” are actually made out of mashed potatoes, tip-ex, fingerpaints and a glue stick with a bit of straw from the yard.

Speaking from Dublin today, former owner Sean Fitzsimmons had this to say,

“When I wanted to set up a pub in Athlone on the banks of the Shannon, there was no question that this was the perfect location. The whole west side of the river at that time was a car park – I bought the premises for feck all, it was a real steal!

“Now, it was the 1980s at the time and what with what was going in the world of music and fashion, coupled with the german tourists coming in from the river I went with an uber-modern fusion martini bar with lots of white leather, lava lamps and some space-age plastic couches. We used to serve these killer watercress and cream cheese bagel sandwiches!

“The thing is, I was horribly wrong. It all went down like a lead balloon. The place was a disaster, no one was in it hardly at all and I was facing bankruptcy. So I raided a few traveler halting sites for broken bits of machinery and fishing rods and bits of shite to stick up and had the place gutted and re-done in 1990 to look like an old Irish pub. Some of the lads got a bit enthusiastic, I had to convince them that urinating on the walls to give it that “old Irish pub” atmosphere was out of the question. In any case, during the renovations the oxygen tank with Woody Harrelson’s face on it blew up there – so we just turned it into the fireplace.

“Folks from around town were in on the joke – telling tourists it was the oldest pub in Ireland – but I just can’t believe everyone else – especially the Guinness Book of World Records fell for it. I mean, those ‘old walls’ are made out of mash potatoes and a bit of straw!”

The owners of the bar apologised for mis-representing their pub, saying that it was all just a bit of craic – a joke that had gone much farther than they ever imagined. The Guinness Book of World Records says that Sean’s Bar may lose their “oldest pub” entry, but that they’ll be re-entered as the “longest running joke on the world records authority.”