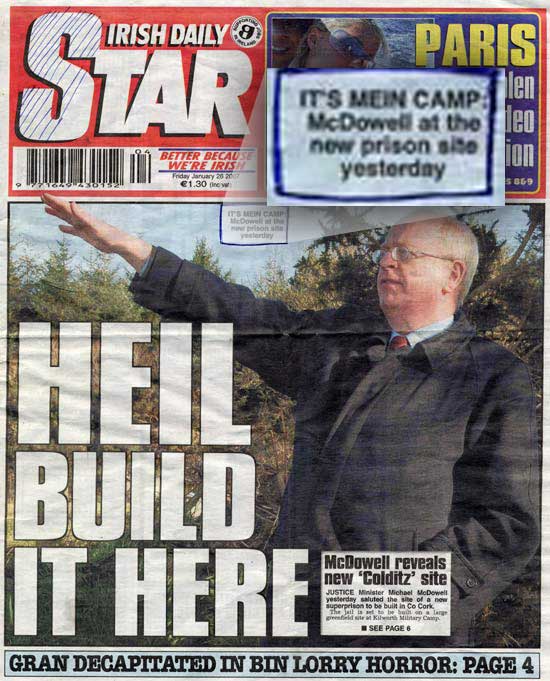 What with all the uproar over racism on the Big Brother program, you’d think people would be a bit more cautious. I mean, you wouldn’t want to upset the ethnicity of an entire sub-continent, would you?

I dunno – maybe it’s because of the holocaust that it’s okay to dish out some healthy racism about Germans. Maybe they’re less likely to get upset about it because they carry some hereditary guilt over something their countrymen did before they were born. Blame the children, that’s what I always say! I mean, those crazy, lederhosen-wearing, beer-drinking nazis don’t have any right to get upset if they’re the victims of racial slurs on the cover of a national paper!

And that’s exactly what I said when some close German friends of mine who live here in Ireland showed me this newspaper cover and asked me what is was all about. I mean, those crazy krauts just didn’t get the joke.