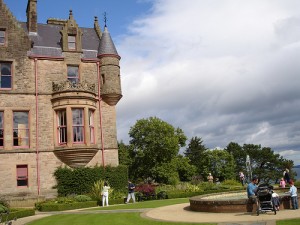 Belfast is the capital and the largest city in Northern Ireland and the second largest city on the island. Once the city where Titanic was built, today it is a destination which tourists consider when they visit Western Europe. The city center is small and can be tackled on foot, while for the rest of the sites you’ll have to relay on the buses.

Location and how to get to

Belfast is located on Ireland’s eastern coast and is flanked to the northwest and north by a series of hills. It is located at the mouth of the River Lagan.

The city is served by two airports. George Best Belfast City Airport (BHD) located about 3 km from the city center. It serves routes to the UK (domestic) and Ireland. The airlines serving the airport include: bmi, bmibaby, Manx 2 and flybe.

Despite many technical and infrastructure issues, Belfast is connected to other cities in Northern Ireland by rail. Trains link the city through four corridors terminating at: Bangor, Portadown, Larne and Coleraine – Londonderry/Derry or Portrush.

Service to Dublin is offered by Enterprise (which is a train operated by Northern Ireland Railways and Iarnrod Eireann. Trains between the two cities take 2 h 20 min.

Ulsterbus operates an intercity bus network between cities in Northern Ireland. Together with Bus Eireann, Ulsterbus also operates cross-border services. There are direct buses to Dublin Busaras and Dublin Airport.

Together with Eurolines, Ulsterbus operates services to Glasgow, Edinburgh and London (via Manchester and Birmingham). All these routes also include the ferry crossing (on Stranraer ferries).

Belfast is the center of the road network in Northern Ireland and is well connected to the entire region. Although there are only three motorways, the rest of the country has excellent roads.

There are frequent ferries across the Irish Sea, which connect Belfast to Great Britain.
The following operators offer services:

>>read more about Getting from Dublin to Belfast

Due to its location, Belfast enjoys short winters and long summer evenings. The city has a temperate climate, with windy conditions and rainfall during the entire year. It typically gets snow on fewer than 10 days per year. 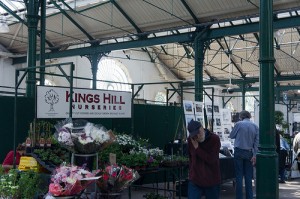 The city center small enough to be tackled on foot, but you can also use the bus network. In such a case, make sure that the map you purchase also include the public transport.

The center is focused on Donegall Square and Belfast City Hall. You can also visit Saint Anne’s Cathedral and shop on Royal Avenue.

South Belfast is home to the Botanical Gardens, Ulster Museum – which includes a large section on the Irish conflict – and Lyric Theatre. In the north part of the city, you can visit Belfast Zoo and Belfast Castle – which offer good views of the city and coast. In the west part of the city, visit the Political Murals and several parks. In the east part you’ll find the Ulster Folk and Transport Museum and is one of the most important tourist attractions in the area.

Don’t miss the St. George’s Market, which is one of the major attractions for both tourists and visitors. You can purchase food, clothes and crafts. And you should definitely enjoy a pint or two of Guinness after spending a day sightseeing.

Did you know? When Titanic was built in Belfast, Harland and Wolff was the largest shipyard in the world (1911/1912).