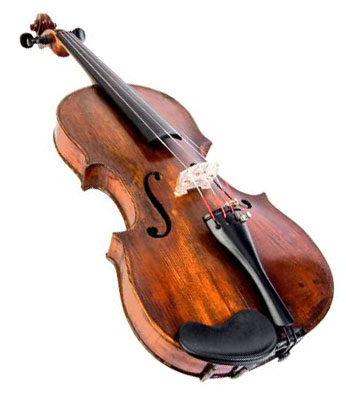 It was the evening of the day after our first Christmas in Ireland when the phone rang.

“Seán,”it was the voice of hacky, a local musician and good friend of mine. “Get that bodhrán out and put on the strangest clothes you have.

“What? What’s this all about?”

“Seriously, Seánie, get that goatskin and put on a hat and a shirt backward or some such nonsense, you know what I’m gettin’ at – wear something so folks won’t know you to see you and I’ll be there to pick you up in 10 minutes.”

What could I do but comply?

Ten minutes later, with three mismatched ties around my neck, a ridiculous hat and a bright yellow shirt worn over a puffy vest I stood outside as a small blue van pulled up out front. The back gate burst open and someone in a plastic clown mask with straw sticking out of their hatbrim leaned out,

I leaped into the back with my drum to find the van crowded with six other strangely garbed people sitting on bales of hay, musical instruments clutched in their hands. I squeezed a seat and a big guy next to me thrust a handful of straw at me and gestured at my ankles. I noticed his pant cuffs were rolled up and stuffed messily with straw. I took the handful and began to roll up one leg of my jeans.

Sitting around me was as mixed up a bunch of folk as you can imagine. There was a teenaged boy in a pigtail wig holding a banjo with his cheeks painted bright pink with freckles. The clown mask who invited me into the van was a girl in coveralls with an accordian. The big guy next to me was wearing a bandana over his face and holding a guitar. Everyone had bits of straw sticking out of pockets, straps and folds of clothing. One had even woven a peaked hat of straw to wear. I suddenly felt as if filmmaker David Lynch had planned a bank heist and invited me along.

“Is someone going to tell me what’s going on?” I asked, stuffing more hay into my breast pocket.

The window to the cab of the van slid open. Hacky’s face grinned back at me, “You all right back there, Seanie?”

“Uh, yeah,” I said, not at all sure how I was supposed to respond. Before I could ask what “the wren” was, he continued,

Several jostled minutes later the van came to a halt and the engine shut off. The assembled musicians in the back began murmuring to each other, leaning across to compare tunings. Strings complained as hands twisted tuning pegs, fragments of melodies sparked up and died before they went anywhere. The accordianist’s instrument gave a soft, prolonged sigh as she unlocked her belows. Suddenly the back gate swung open to reveal hacky and one of his nephews, mandolin and fiddle at the ready.

We piled out of the van like marines leaping into combat, hunched over and holding out instruments at the ready. The van had been parked behind a country pub and we came jogging around the corner to the front with military precision. The group crowded around the double front door of the old pub.

The door was practically kicked off its hinges as we exploded into the room,banjos twanging, fiddles singing, accordian chirping and all of us roaring, “Hup! Hey! Hey! Hhhhhuuuuup!”

As one, the faces at the bar swung around at the intrusion and split wide with smiles and laughter.

We pushed a phalanx of music into the crowded pub and tables and chairs disappeared to make room for us at one corner of the pub. We formed a protective little knot of music and the crowd formed a circle around us, cheering, dancing and clapping. As the first tune came to an end, hacky gave a nod to the clown who doffed her cap and passed it into the crowd. 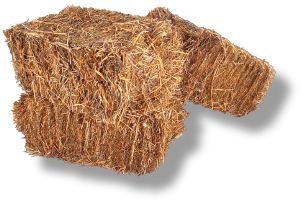 “PORTER!!“ roared the guitarist as the banjo struck up the next jig. Laughter at the bar gave way to a black pint of stout being handed over heads to the guitarist who, snatching it, roared again with delight and quoffed the whole thing in a few seconds. The entire crowd roared back in approval. The guitar joined the music. The hat returned full of coins.

“Hup! Hup! Heeeeyy!” Hacky shouted as the third tune began to end and, on cue, we began pushing our way back through the cheers of the crowd to the door.

Breathless seconds later we were shoulder to shoulder in the back of the van as the engine roared to life. The panel slid open and hacky’s toothy grin greeted me again,

“You all right back there, Seanie?”

“Yes indeed,” I said, grinning back.

The wren boys is an old Irish tradition. It used to be that, on Stephen’s Day (December 26), young boys would hunt and catch a wren. Dressed in straw costumes, they would parade the bird through town on a pole, singing

“Up with the kettle and down with the pan,
give us a penny to bury the wren.”

The people would join them and the collected booty would be used to purchase supplies for a large ceili (music and dance) at the wren boys final destination. Nowadays the wren boys is sometimes practised here in the Irish midlands almost like halloween – young boys go door to door or pub to pub singing for money. More organised groups, like the one I was invited on, drive around to the pubs with instruments, playing music for loose change.

Really, the wren boys tradition is more about the craíc, though a night’s take from doing the wren can put a pleasant jingle in one’s New Year’s pocket. Having participated the last few years on Stephen’s Night I have to say it’s just about the most fun you can possibly imagine.

Elsewhere in Ireland (Dublin, and parts of County Kerry) there are parades held on St Stephen’s Day to commemorate the tradition of the wren boys. I don’t know if the wren shenanigans practiced here in Athlone are repeated as such throughout the country (I suspect not), but the tradition certainly seems to be becoming more popular recently – however it’s remembered.