Hire (rent) a car in Ireland and Irish roads 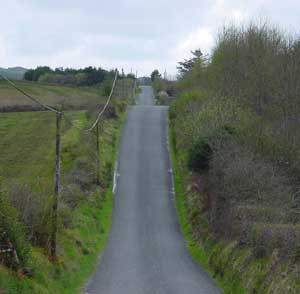 I mentioned in a previous post that hiring cars at Dublin Airport is a better idea than you might think, but I haven’t really discussed the experience that awaits the foreign driver in Ireland. I have, in fairness, expressed my thoughts about whether auto-based tourism is changing for the better or the worse in this previous post. But as regards car hire:

First off, it’s very easy to find a rental car in Ireland. There are many companies online and at Ireland’s airports that are falling over themselves to take your money. You will end up paying somewhere between €25 – €85 a day for your car, depending on the size, insurance and package that comes with your hired car.

Here are a few facts about hiring cars in Ireland:

1. It’s called car “hire,” not “rental.”
2. Your foreign driver’s license is valid, but it doesn’t hurt to have an international driving license.
3. Know how to drive a stickshift (manual transmission).
4. The Irish drive on the left side of the road and the steering wheel is on the right.
5. Most Irish roads are very narrow, badly paved and have no hard shoulder.
6. You should get insurance of some kind – Irish road safety is among the worst in Europe. 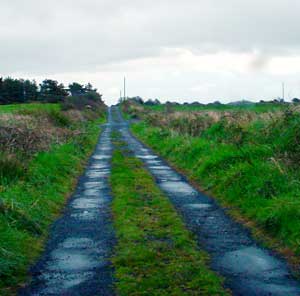 So, arrange for a rental ahead of time or approach a car hire desk in the airport, present your driver’s license and sign your life away! As stated above, 99% of cars in Ireland are manual transmission. A wealthy friend of mine is the only person I know who has managed consistently to find an automatic transmission car for hire in Ireland – it is always the most expensive option and is always a Mercedes or BMW full-size luxury sedan – not exactly the best car for navigating Ireland’s vascular stone-walled roads.

If you have never driven on the left side of the road before there is only one piece of advice you need: remember that the driver, wherever he or she is in the world, stays in the middle of the road. So, whether your steering wheel is on the left or the right side of the car, if you’re driving, you yourself should be as close to the centre dividing line of the road as you can be. I cannot stress how useful this is to remember when driving on the other side of the road.

If you’re from anywhere other than Japan or the British colonies, shifting with the other hand is not as tricky as you think – the tricky thing is getting used to having a huge amount of car to your left and not being sure of how close to the wall/parked cars/pedestrians you are on that side. 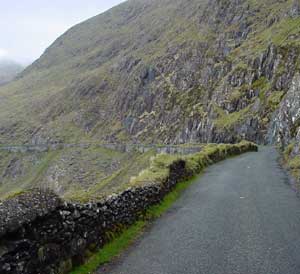 The solution to this is to remember that, despite how narrow it looks, your lane IS ACTUALLY CAR-SIZED and that if you stay as close as you can to that centre dividing line, you’ll be just fine.

Navigating in Ireland can be really difficult. There is a serious lack of signposting anywhere in this country. When there ARE signs, they can be misleading. For example, if you happen to by driving east along the N6 and would like to go to Tullamore, just about every right hand turn will have a sign designating it as THE road to Tullamore. In fairness, all of those roads DO eventually lead to Tullamore . . . some of them go other places first, though. Some meander miles out of your way through a few villages. Others just connect to roads where, should one take the correct turn, one COULD be said to be heading toward Tullamore. Most have at least one junction without a sign alerting you of which way one should turn to continue toward Tullamore.

I was told a funny story about a local man who went to Cork and was driving back to Athlone late at night. He and his friends became lost and ended up at a T-junction with a house directly in front of them. There was no sign indicating which way to turn. He sheepishly got out and knocked on the door to ask for directions. When a man came to the door, he asked him which road went to Cork (intending to go the opposite way once he found out), the man replied,

In short, get yourself a good Irish road map if you intend to drive in Ireland. Oh, and those small roads – the tiny ones on the map? Even though they seem to be the shortest route between two points, I guarantee you there’s a reason they’re not the main road – you may see more of the country on them, but you will spend twice as long getting there than if you stayed on a major road and took the long way around. 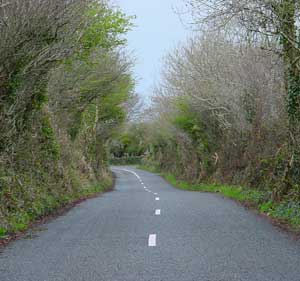 A short mention on Ireland’s roadways in general: things are much, MUCH better than they ever have been. Major highways are quickly spreading across the country. However, you will still need to drive on the old roads at some point. Traveling from long distances in Ireland takes at least TWICE as long as you think it will if you’re used to driving in a developed country. Bad roads, bad signage, scary narrow lanes with no shoulder, tractors and fearless Irish cowboys in souped up Mazdas are everywhere. Don’t get me wrong, it can be loads of fun to do, but do not labour under the impression that driving in Ireland is simply an efficient means to get from place to place.

Your best bet is to include your drive as an activity on your itinerary, because it sure will feel like one.