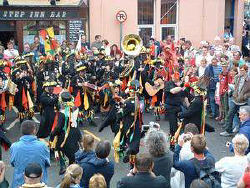 It should not be surprising that there are festivals which take place all over Ireland, all year long. The Irish love to celebrate just about anything, so attending a festival in Ireland is a great way to see the country and the residents at their finest. Some of the festival highlights throughout the year include:

It may seem like common sense, but it never hurts to repeat common sense – festivals like these are popular not just with tourists, but also with locals and people from other parts of Ireland. So even if you are the only non-Irish person in attendance, these towns can get extremely crowded during these festivals. That means you may have trouble finding cheap accommodation – so book well in advance if you know you want to attend one of the many festivals in Ireland.