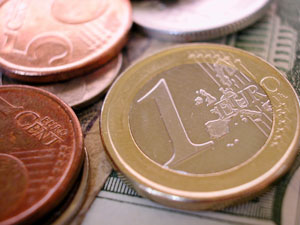 During my brief visit to the bay area a few weeks ago I did somehow find the opportunity to have a couple of beers at a bar and it all came back to me.

Allow me to provide some context: like most socially-minded young men I spent a number of months tending bar around the time I was in school, so I’ve experienced the perspective from both sides of the counter. I can assure you that in the United States of America the customers who leave healthy tips not only receive a bartender’s gratitude but it pretty much guarantees prompt service and the occasional generous pour. Those customers that do not tip . . . wellll, let’s just say they might be waiting around a while for their drink. Yes, the USA is a capitalist nation; God bless America.

So the thing is, after several years in Ireland you forget that things are different elsewhere.

In an Irish pub, should you chance to leave a coin or two on the bar for your bartender, chances are he’ll find you in the pub to return “the change you left on the counter.”

It’s not that the Irish are opposed to receiving tips – most aren’t – it’s that, traditionally, it’s just not done. Leaving change on the counter is ambiguous – you could have forgotten it. If you insist they take it some Irish bartenders may even take offense, as if their common courtesy was a thing you felt a need to bribe from them.

Don’t worry too much about it, if you’re a tourist chances are they’ll accept it gracefully and internally chuckle at your foreign sensibilities. But there IS a proper way to tip in Ireland. If you’re having a few drinks, leave a fiver on the counter afterwards and say to the barman – “Have one there for yourself.” Such a tip will never be refused, as it is a courteous thing.

See, it’s a very acceptable thing to buy someone a drink. Irish people do it all the time – it’s a nice thing to do. You cannot, however, buy your barman a drink because he is working, so you’re leaving him the price of a pint so that he might enjoy one when his shift is over. This evades the crass plunking of coin on the bar – something that usually happens without comment and leaves some ambiguity as to what that money is for. By telling your bartender to have a drink, the money is never mentioned – an incidental element of your courteous offer – all you’re doing is being a nice person buying another nice person a drink for being nice.