When to visit Ireland? 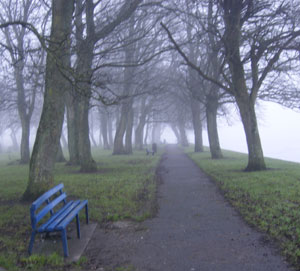 People often ask me when is the best time to visit Ireland.

The answer is never an easy one. Ireland is unusual in that its weather is relatively consistent year round. In other words, you’re almost always guaranteed a bit of rain.

My father always used to tell me about how to tell Irish weather. He’d say,

Having said that, there is a significant difference in temperature through Ireland’s seasons. Lately, the summers have had extended bouts of sunshine and t-shirt worthy afternoons. Summer is the obvious time to visit as one is least likely to find extremes of weather and one will also land during the bulk of public events and the most vigorously operating tourist activities. Unfortunately, coming during summer also means you’ll be one of many. Tourist destinations are guaranteed to be crowded, prices will be higher and you’re more likely in general to meet other tourists than native Irish folk. Remember, Irish people like to leave during the summer too. The height of this season is, obviously, from June to August.

Many wiser travellers tend to come during May or September. I suppose this is the wisest course of action as the weather isn’t as extreme, most everything available during the rest of the year is still open and there is a significantly lower number of other tourists.

Having said that, it still rains year round here and the best part of a trip to Ireland really isn’t the tourist destinations – it’s the interaction with local people. Take winter, for example. Irish people are in great form over the Christmas season. Pubs are wedged with festive groups and there’s music almost every night. Lights are everywhere and stories are told. Sure, it’s a bit cold, but the weather is never reliable here. One might say that autumn and winter are the most consistent and friendly of Irish seasons – the rain rains, the cold is cold, fog comes in and Irish people’s natural meteorological pessimism is delighted that there’s loads to complain about. It makes for great craíc in the pubs.

Spring, I think, is maybe the least popular with visitors, but I don’t know that it should be. On the up side, there are almost NO tourists. On the down side, some of the destinations are closed. I wouldn’t say avoid Spring, though, just check your event calendar before planning your trip.

Overall, there isn’t a bad season to visit Ireland. Just check if there is a particular event or location you really want to see to be sure it will be open. Avoid the summer months unless you don’t mind crowds and, if you do, plan for a May or September visit.