Getting from Dublin to Holyhead (and return) 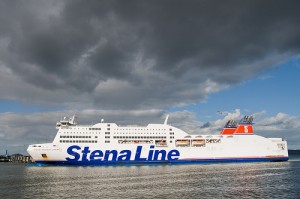 Holyhead is located in North Wales and is a major port serving Ireland, serving more than 2 million passengers each year. The city is connected to the main British motorway network and to the rail network, making it one of the most important transportation hubs in the country.

When traveling from Dublin to anywhere in Great Britain overland, the only possible way to cross the Irish Sea is by taking a ferry from Dublin Ferryport to Holyhead.

Ferries from Dublin to Hollyhead

All ferries to Holyhead depart from Dublin Ferryport. It can be reached by bus from the city center.

There are two companies which run daily connections between Dublin and Holyhead:

Should you decide to travel by car from Ireland to Great Britain, take into account that the fares increase according to the type of vehicle you travel with. For a compact car, expect to pay from €115 one way.