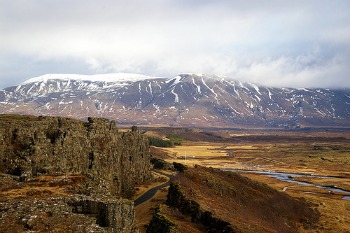 One of the great joys of living or traveling in Ireland is how quickly and easily you can cross borders to explore another country. In an hour or two you can go from drinking Guinness in Dublin to sipping Champagne in France, noshing on fish n’chips in London or sampling some tasty jamon in Madrid.

With all the cheap flights in Europe, it seems you can go just about anywhere in a matter of just a few hours and a few euros. Unfortunately, though their names differ by only one letter, it takes a little more effort to get from Ireland to Iceland.

It may not be as cheap or easy to get from Ireland to Iceland as it is to say, Scotland or England, but the extra effort is certainly worth it. While those other countries are quite beautiful in their own rights, they are much more similar to Ireland than Iceland. Iceland offers something completely different –  a country set on the fault line between the North American and Eurasian continental plates, where geothermal energy heats the country during the cold, dark winters, and where the sun barely sets during summer. It’s a country where geysirs, hot springs, glaciers, volcanoes and waterfalls seem to be found around every turn. Even the Icelandic food couldn’t be more different than the food of Ireland – you don’t exactly see puffin, rotten shark, and horsemeat on most menus in Dublin!

Though it’s costly to get there and requires more travel time than other European destinations, Iceland makes a great getaway for a short break. Of course, with more time you can see more of the beautiful country, but you can get a small taste of the wonders of Iceland in just 3-5 days.