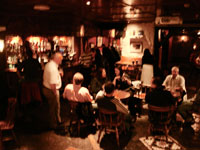 The Tack Room is located at an interesting social intersection: halfway between the centre of town and the local college. It’s far enough away frrom the college that it’s not mobbed by students, but close enough for those willing to make the trip to get away from the other college bars. It proximity to town works much the same way, attracting clientelle from the other direction that are looking to escape from the hubub at the centre of Athlone. 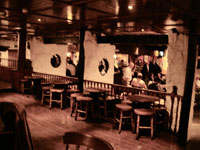 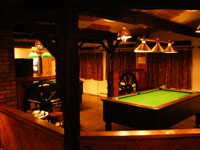 The Tack Room is also the front bar for a brand new nightclub, Genesis, which is a student nightclub (replacing the old “Blinkers” club, named for the blinders used on horses) during the week and a 30+ nightclub on Saturday nights.

With two pool tables, a sheltered beer garden and huge amounts of room, the Tack room is a favourite for several distinct groups, from students to 30-somethings to older patrons who have been frequenting the venue for years.