St. Patrick’s Day: should you travel to Dublin or… Boston? 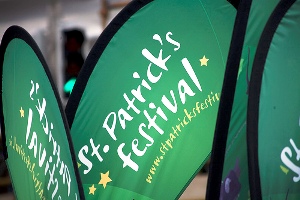 The day is celebrated by all those of Irish descent, with celebrations being themed around all things Irish and, by association, the color green. Everyone’s wearing green, eat Irish food (or just green food) and enjoy Irish drinks (Guinness, Irish Whiskey, etc).

If you plan to spend this special day in a very traditional way, there are quite a few choices. The most obvious is Dublin, but you should not dismiss Boston either (we’ll get back to that later). Check the St. Patrick’s Day Travel Deals ahead of time and plan your days off and budget according to the destination of choice.

In Dublin, the events dedicated to this special day start on February 12 and last until March 17. Aside from the parade- which takes place on March 13 this year -, the festival also comprises street concerts, funfair, fun activities and fireworks. If you want to be in Dublin for this great day, make sure to look for flights to Dublin in advance and book them when you think you’ve found the best rate. Likewise, hotels in Dublin are crowded during this time of the year and you should book in advance.

Boston has a very strong Irish heritage. The first Saint Patrick’s Day Parade in the colonies was organized in 1737. Today the city is home to a parade each year and those interested can also visit the landmarks linked to the history of the first Irish who came to the city. The Irish Heritage Trail is a tour which comprises 20 sites in downtown Boston and Back Bay and over 50 other landmarks in Boston neighborhoods, cities and towns throughout the state. Whether you are interested in the history or have a bit of Irish blood in your body, you can check out the Boston package deals and plan a trip. Or you can just look for cheap flights to Boston and some cheap hotels in Boston and you are set for a lovely vacation. Make sure to pack some green clothes!

Do remember that although March is technically off-season, a special day such as St. Patrick’s Day is a good reason for the prices to go up, whether we are talking about flights, accommodation and/or drinks and food.