Ireland – a stop on your European tour 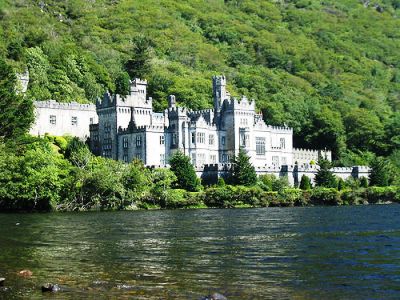 A short while ago, a very good friend asked me to help with drafting a European tour for him and his wife. But he also mentioned something that I was quite surprised to hear: “I don’t want to do what everyone else does”. Now that’s a challenge I was more than willing to tackle.

Typically I recommend searching for flights from the USA to Europe with the most popular route: New York to London. Such tickets typically cost around $500 for a round trip flight (it’s a bad idea to look for a one way flight as it will end up costing at least $200 more). And to get from London to Ireland, there are plenty of cheap tickets in Europe to choose from, including the famous low-cost carriers. However, you can also fly from USA to Europe on other routes, such as Chicago to Dublin and the round trip ticket costs around $800 (outside the summer season).

Regardless of which flight you are taking, once you arrive in Europe you need a place to stay. There are plenty of cheap hotels in Europe to choose from, whether you need to stay for couple of days in London or plan to stay for several days in some beautiful Irish cities. Plan in advance though especially if you plan to travel during festivals or other popular events.

As for my friend, I have recommended the following itinerary:

Given their limited vacation time, it only made sense to plan just two days in each major city. However, if you have a lot of vacation time on your hands, there are plenty of things to do in Ireland. You can visit Galway or put some Irish castles on your itinerary. Some of them are restored and have been transformed into hotels so you can experience a lot more than just visiting the place.

And although I usually talk about the weather as part of my “final tips”, I definitely recommend check out the weather in Ireland before you leave. Even during summer you can expect some thunder storms and the weather gets really unreliable in spring and fall. What’s guaranteed though is it would rain no matter when you visit Ireland.