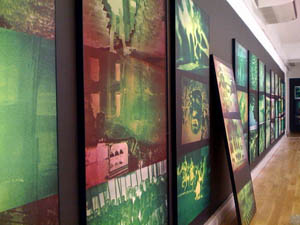 When people talk about the city of Galway, some would say that it is the popular home of musicians, artists as well as writers while others will state that it is the host to many festivals happening every year. Indeed, these statements are true.

To make it more clearly, we will feature some of the famous festivals that you may witness as you come to Galway.

This is the festival that is about horse racing. It happens for one straight week each last Monday of July. It takes place at the race course of Ballybrit and is merely the seven days race gathering in the country. The primary days of Galway Races happen on Wednesday as Galway Plate takes place and during Thursday as the Ladies’ Day and Galway Hurdle is taking place.

Since its start in 1954, the Clarinbridge Oyster Festival has hosted a lot of international and national personalities and has enormously contributed to the progress of the visitor trade within the city.

This festival happens in Galway each July. Galway Arts Festival first started in the year 1978 and since then it has developed into one among the largest festivals in the country. The festival is able to pull the attention of international artists and giving a stage for both the local and national artists as well.

Galway Arts Festival incorporates street performances, parades, countless plays, comedy acts and musical concerts. In the past years, the festival has established a status top compete the near-riotous ambiance which covers the city during those times. Attractions of Arts Festivals are subject to be Druid and Macnas performances, both are huge local show groups.

Every October, this famous festival brings an insurgence of color and sound to the city. It meant for school group, there is truly a remarkable option of more than forty shows by production businesses from different parts of the planet with performances covering a broad array of art types which include storytelling, juggling, theater, puppetry and music.

First held in 1979, the Cruinniú na mBád Boat Festival brings people to the moment when the royal Galwat Hookers utilized to sail from Connemara to Kinvara, overloaded with turf. Prior to the use of electricity and gas, turf was primarily the fuel employed for heating and cooking, which was said to have a scarce in supply in the region Kinvara, but abundant in Connemara. For this reason the trade became known.

Cuckoo Festival or Fleadh na gCuach happens every year and is considered a Traditional Irish Music in which you can find fifty music gatherings in various pubs in different villages. You can as well find drama, poetry, craft, and art during the duration of the festival.

More than 80,000 horse lovers go to Ballinasloe during the entire week of celebrations. During the festival, the typically silent Ballinasloe is changed into an ocean of trucks, cars, horse floats, trailers, and individuals.