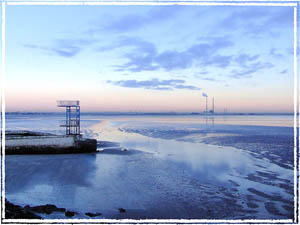 When February comes, it is so easy for us to shun away the winter sadness. Beside, the goodness of Christmas is already a distant memory and the thrill of summer definitely lies very far in a distance. Your trip to the city of Dublin can be just a thing to treat your dull winter moment.

Being one of the most attractive and sophisticated cities in Europe, Dublin will offer you with a glut of exciting nightlife, entertainment and cultural activities.

Between Metaphor and Object – This event will feature a variety of works from IMMA Collection, mainly sculptures and fitting works primarily from year 1990s. It gives viewpoints on the range of application that is symbolizes in the said Collection from this era, discovers its distinctiveness and thinks about them in the perspective of worldwide styles of the decade. This exhibition has already started last May 14, 2009 and is expected to end on April14, 2009 at the Irish Museum of Modern Art.

Neillí Mulcahy – During the 50s and 60s, Neillí Mulcahy was considered as one of the premier fashion designers, creating haute couture clothing to the utmost Parisian standards for her worldwide and Irish customers. She was famous for her original use of the fabrics of Ireland and specifically of the tweed. She teamed up with fabric, print and weavers designers as well as knitters to make new fabrics in colors hues. The exhibition is consist of accessories and garments from the whole time of her career, from the 50s velvet and hand beaded ball gowns to tailored suits. Neillí Mulcahy exhibition had started last April 15, 2008 and will end on September 30, 2010 at the National Museum of Ireland, in the branch of Decorative Arts and History.

The weather in Dublin is unluckily very irregular and there is no definite time when you can actually experience all of the four seasons of Dublin in one day.
Avg. high 46°F/8°C
Avg. low 37°F/3°C
Avg. precipitation 1.54 in/3.92 cm

Some travelers get discouraged thinking that February might not be a good month to go to Dublin. In fact, February may be the perfect time to visit this city and have a weekend holiday as a lot of travel sites and airline companies give discounted flights to Dublin during this month because of the dips in travel industry.

The least costly month to go to Dublin would be between September to May, when you can take advantage of the discounts on hotels, hostels and packages. It is at all times sensible to choose and book an accommodation for your trip to Dublin in advance. Think about all of the useful aspects of the accommodation that you will choose like the rating, amenities and room services and obviously its location in the city of Dublin.