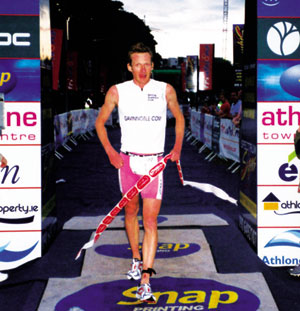 As we’ve been talking so much about the triAthlone, it just wouldn’t be right not to tell you who won.

This, the second year of Athlone’s triathalon, saw MUCH better weather than last year (the rain was falling sideways, as I recall). We had more than 1,500 athletes who dived into the river Shannon to swim 750 metres before getting out and onto a bicycle for 10 kilometres and then finally running 2.5 kilometres through Athlone town itself to the finish line.

There were several waves of competitors, but the serious ones took off last as the sun was going down and among them Fermanagh man Gavin Noble crossed the finish line first. But it wasn’t just Gavin (pictured left there and fair play to him) who won this year . . .

Apparently, Athlone is going to host the European Triathlon Championships in 2010 – the first time the event will be held in Ireland.

Come on the town!

I should also mention the triAthlone is a charitable event: proceeds from triAthlone 07 go to Respect, The Marie Keating Foundation and The Children’s Medical Research Foundation. 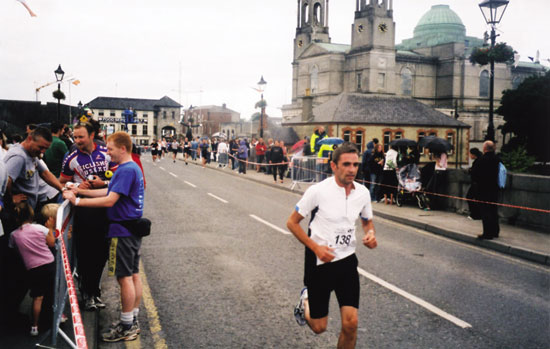