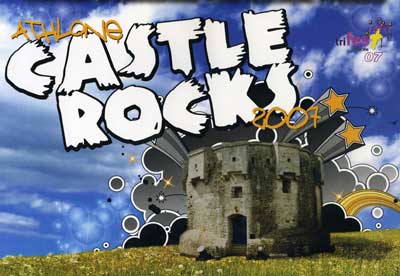 I just got back from a meeting with Bobby Hewitt, the organiser of the Athlone tri-fest – a weekend-long festival that encompasses a triathalon, concerts and loads of other festival madness.

But here’s the cool thing – the town council has agreed, for the first time ever, to allow a rock concert IN the castle.

It is going to be awesome.

Lights, stage, huge sound system and did I mention we’re playing IN A FECKING CASTLE. I mean, come on – how cool is that? We’ve been rehearsing with a couple of lads and will be playing as a supercharged 4-piece. This may be the most rock’n roll we’ve ever sounded.

Four other excellent local bands are playing on the night: MURV, My Fallen Empire, Makewait and a young Irish rock group who do hard rock as gaeilge – yes, in Irish. This I gotta see.