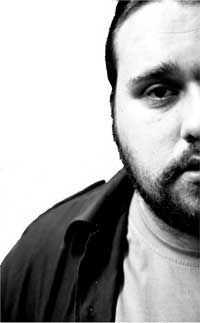 It may be a diminutive aspect of Europe’s geography with a population barely topping four million, but Ireland has a ridiculously disproportionate number of internationally famous musicians and bands. What is it about this small, rain-soaked island that breeds such excellent music?

This is the sixteenth in a series of profiles I’m doing on prominent Irish musicians and bands.

This week’s artist is Jimi Cullen.

Today Jimi will be among the selected artists performing at the Midland Songwriter Showcase.

The big difference in Jimi Cullen’s music is what he’s writing about. From the get-go, Jimi has challenged himself to write music about things that he thinks deserve consideration. In a world where most modern songs have their nexus in the artist’s emotional angst, Jimi Cullen is someone who aspires to write about issues important to society at large.

The first time I actually heard of Jimi Cullen was reading his name on a Shannon Airport protest flyer. If you’ll recall (or maybe you won’t), the US was flying prisoners and troops through Ireland’s Shannon Airport down to the middle east and back during a time of war, making the Irish (who did not want to be involved in the conflict) complicit in their actions. When confronted, the US insisted these planes were not of a military nature.

You might think our Mr Cullen is an angry rage-against-the-machine de la roca type. Not at all. Jimi is a happy, affable sort of guy. His music is melodic. Catchy. Hooky. Even sweet. If you’re not listening to the lyrics, you might just find yourself tapping your feet and humming along to some pretty inflammatory stuff. I think that’s pretty admirable.

Jimi is constantly on tour around Ireland, rarely finding himself with time to relax back in his home of Gorey, County Wexford. At the moment he’s promoting his latest album, When the last leaf falls. The engineering is top class and the album definitely contains his best stuff yet.