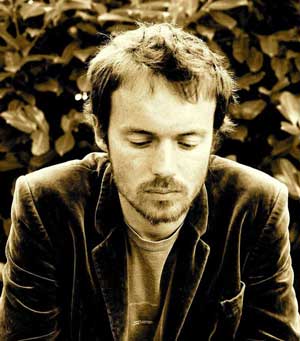 We’ll be exploring that vein of thought in this, the first in a series of profiles I’ll be doing on prominent Irish musical artists and groups. Maybe, by putting these amazing people together here in this series we’ll shed more light on what makes Ireland such a great place to be for anyone interested in music.

This week’s artist is Damien Rice.

Never heard of him? If so, where have you been? Having just turned 33 and released his second album, 9, Kildare man Damien Rice is somewhat of an icon of the Irish singer-songwriter. Songs from his first album, O, released almost five years ago have been included on numerous film soundtracks and television shows around the world. His style of melancholic, introspective explorations of passion and relationships really hit a chord with the world and turned the media’s eyes onto the burgeoning singer-songwriter scene in Ireland.

Possibly due to Damien’s success, many of Damien’s friends and cohorts have gone on to fame and fortune, including Mic Christopher (R.I.P.), BellX1 (Damien’s former band), Paddy Casey, Mundy, Damien Dempsey, The Thrills, The Frames and Rodrigo y Gabriella. Deeply private, Damien has managed to stay mostly out of the press despite being linked romantically with celebrities such as Renée Zellweger and Cameron Diaz.

His song, Cannonball was remixed with drums for radioplay in England, something that was done without Damien’s input and reportedly angered him. Word is that he agreed to allow the remix to continue being played on the radio as long as a contract was made that none of his songs would ever be remixed again.

Here in Ireland he’s so famous and overplayed that many are turned off a bit by the mere mention of his name. That being said, those here who know him insist on his integrity: he runs his own business and answers his own mail.

Love him or hate him, there’s a reason he’s done so well: his music is raw, underproduced (you even can hear him sing out of tune at points on his album) and honest. It sounds real, and that quality makes it immensely appealing. Punching straight through what’s being played is a sense that there’s real emotion behind what’s being sung. The female voice on his albums, Lisa Hannigan, has a lovely, throaty voice and her counterparts serve to really lift Damien’s songs up from what could otherwise be a solo artist’s travelogue of despair.