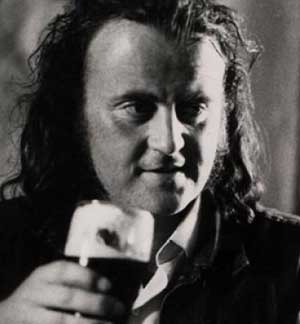 It may be a diminutive aspect of Europe’s geography with a population barely topping four million, but Ireland has a ridiculously disproportionate number of internationally famous musicians and bands. What is it about this small, rain-soaked island that breeds such excellent music?
This is the eleventh in a series of profiles I’m doing on prominent Irish musical artists and groups.

This week’s artist is the legendary Christy Moore.

I’m ashamed to say that I arrived in Ireland with no knowledge of Christy Moore other than some indistinct recordings played through badly placed speakers in San Francico’s Irish pubs. I was completely floored to discover that the man is practically a saint here in Ireland. His songs are known and sung in every corner and snug. I don’t know how to explain his importance to Ireland other than to compare it to Bob Dylan’s importance to the states.

Christy’s music is all about the material and the experienced voice singing them. He won’t be singing opera any time soon, but I wouldn’t be surprised if one was written about him. Originally from Kildare, he earned his stripes the hard way, working building sites in England in the 1960s and playing folk clubs and small venues when he could. You may have heard him referenced in the “JCB Song” last year for his song, “Don’t Forget Your Shovel if you Want to go to Work.”

Being one of the founding members of the group Planxty alone could have cemented him in the annals of Irish music, but it was his extensive solo career and the touring with various groups that brought his music to the people.

It is absolutely essential that you familiarise yourself with Christy Moore’s music before visiting Ireland.

Here he is with Declan Sinnot, singing “Ride On,” one of his most popular songs:

ps – For those stateside who’re still confused, “Christy” is a man’s name here in Ireland.