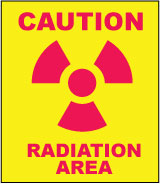 Oh no, this is not good.

Okay, so I was raised in the states during the cold war. My fourth grade teacher read us Sadako and the Thousand Paper Cranes in class. Paperbacks like After the Bomb were on the shelves and discussion on nuclear weapons, nuclear power and nuclear war seemed to always be in the news.

So I have a healthy fear of radiation and heavy elements (speaking of which, there’s a new one, apparently). One of my recent posts discussed the danger of nuclear fallout here in Athlone. Then, this morning my poor self logs into a news site to find out that Sellafield, the nuclear plant in the UK that has made the Irish Sea the most radioactive body of water in the world, has SPRUNG A FECKIN LEAK.

The story goes on to describe how someone in Sellafield was fined and that plutonium and uranium seeped out of A BROKEN PIPE into Cumbria.

Guess where Cumbria drains to. That’s right: the Irish sea.

A BROKEN PIPE, folks. Good heavens. I know that fossil fuels are running out and that nuclear plants are comparitively safe. In fact, I met one of the Sellafield engineers in Dublin some time ago. Fascinated, myself and wifey got into an extended conversation with himself and his wife,

“How many plane flights have you taken this year?” he asked me. I had done a good bit of travelling that year.

“Well, when you’re that high up in the atmosphere your protection from solar radiation is seriously diminished. If you’ve spent more than a few hours on an airplane then you’ve been exposed to more radiation than I have all year working at the plant.” He went on,

“See, radiation is everywhere, you’re constantly being exposed to background radiation, usually at levels nowhere near high enough to harm you. At the plant, we wear these little monitors that constantly measure the amount of radiation we’re exposed to, if it goes even close to something beyond the norm we’re required to take some time off.” He shrugged, “Which I haven’t done yet; the levels I’m exposed to are just too low.” He leaned toward me, “Which is why I say you’ve probably been exposed to more radiation this year than I have. I mean, any medical x-rays or anything increase that amount astronomically.”

I suddenly remembered the x-rays I’d had a year ago to check on how an old ankle injury was doing.

Nevertheless, the thought of the UK’s radioactive sludge floating happily over to Ireland freaks me out.

Where IS that lead underwear?