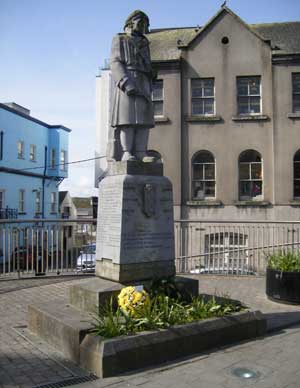 It’s that time of year again when flowers start appearing at the foot of Athlone’s IRA statue.

For those who missed my initial post on the statue, this is a revolutionary-era statue erected in memory of those who died in the war of independence in 1916.

Easter and the commemoration of The Easter Rising is probably the impetus this time around, but there are many families in Athlone who would have a very personal connection with the struggle for independence. The card on the boquet there (below) reads, “In memory of those who died for Ireland.” 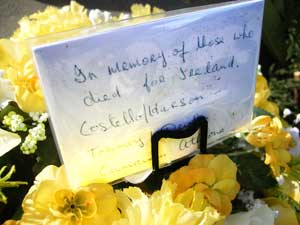 There is no independence day parade in Athlone and I’m not sure Ireland has a memorial day for soldiers who died for their country, so the only commemoration are the flowers and wreaths left anonymously at the base of the town statue.