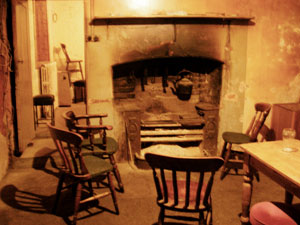 Obsessed with antiquity? Seeking out the Ireland of days gone by?

Well, you would be fascinated by this little pub in Shannonbridge, County Offaly; Luker’s Pub.

The old part of this bar is almost untouched from how it was when it opened back in the 1750’s. Seriously. Even the decrepit lightswitches look like a new addition. 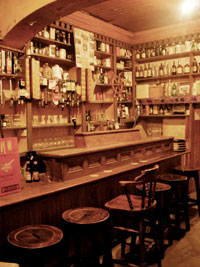 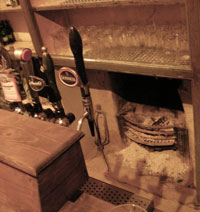 Step into the old bar and you’ll see, at the base of the towering shelves crammed with knick-knacks and wares, a small fireplace blazing away just a few feet from the beer taps. To your left is a doorway into what used to be the shopkeeper’s home, and that has changed little as well.

John, the proprietor, welcomes customers to step back into the 300-year-old living room. Things have hardly changed. The original victorian fireplace still functions; its massive girth taking up most of the wall and a turf fire blazing cozily away under the old cast iron pot as it has for the past few centuries. Have a seat in one of the old wooden chairs; it’s stark and run-down and it’s not hard to feel as if you’ve truly stepped back in time. 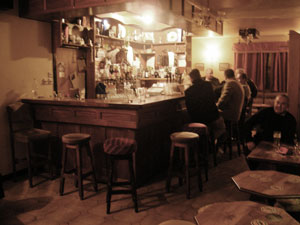 Luker’s also has a new section, a large modern bar is just through the doorway where yet another turf fire blazes away (Shannonbridge is adjacent to a substantial turf bog and the Lough Rea power station). This is where most of the modern regular drinking and socialising occurs, but many patrons slip into the old section for a quiet chat and a pint in the older rooms. 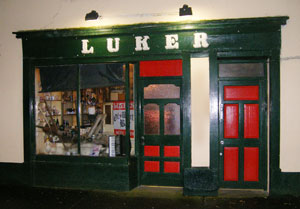