An Viking apology 1,000 years in the making 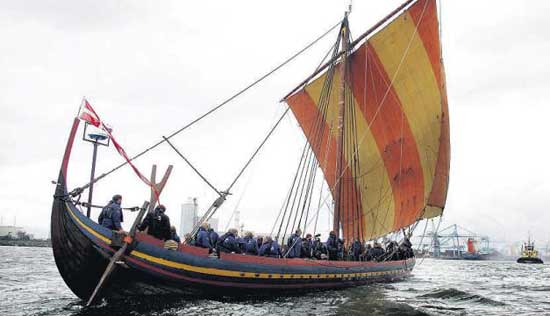 6 weeks at sea and a bunch of salty Danes rowed up to Irish shores for the first time in centuries. Their ship was a replica of one built in Glendalough, Wicklow (Ireland) in 1042 AD. Rather than leap from the ship and begin a bloody campaign of rape and pillage, they instead formally apologised for the Viking invasions of Ireland.

Danish Culture Minister Brian Mikkelsen said, “In Denmark we are certainly proud of this ship, but we are not proud of the damages to the people of Ireland that followed in the footsteps of the Vikings”.

I was mentioning recently in a post on Irish identity, that the Vikings, like so many other who invaded Ireland, have been absorbed happily into the Irish population over the centuries. Still, what a gesture.

I wonder will any of the other invading countries jump on the bandwagon and offer apologies?