Visiting the Guinness Brewery in Dublin 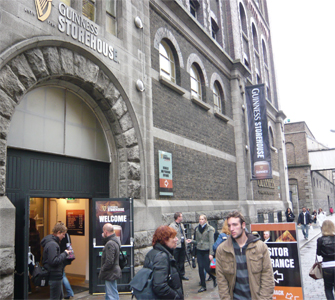 In a country with as much to offer visitors as Ireland, it’s slightly surprising that its most visited international tourist attraction is a brewery tour that isn’t really a brewery tour at all. But on the other hand, who can resist visiting the original home to the country’s most famously exported product? I couldn’t resist, and you can’t either.

As mentioned, the Guinness Storehouse, as the attraction is actually known, isn’t really a brewery tour in the strict sense, but it is in the heart of the large Guinness complex that continues to churn out its famous stout beer around the clock. You’ll learn more than you ever wanted to know about making beer and specifically about making Guinness, even if the tour itself doesn’t actually go through an area where beer is being made.

So what is the Guinness Storehouse then if it’s not a brewery tour? 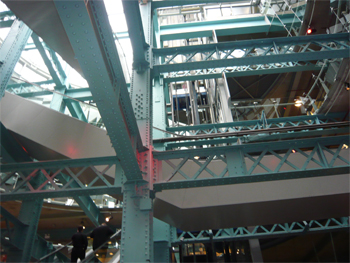 The Guinness Storehouse is a tribute to all things Guinness, and it includes six different floors of interactive displays and interesting exhibitions that show you nearly enough to set up your own brewery. There are also displays educating people about alcohol abuse and drink driving, and even though this may not sound all that impressive, it really is. There are films running and buttons to push and amazing lighting affects and a labyrinthine path that takes visitors ever closer to the bar at the very top, where each paid guest can finally claim a rich and smooth glass of the concoction they’ve studied and drooled over all the way up.

For those who can’t wait until they get to the top, there are several other smaller bars on different levels, and a couple of cafes as well. There’s even a tasting bar where guests can try a small sample of some of the more interesting products Guinness has been producing lately. 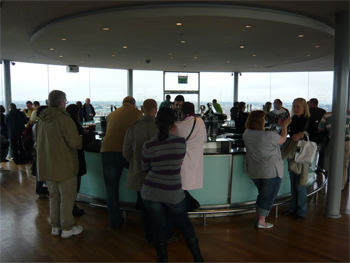 Yes, the highlight for most people is the free and perfectly poured pint of Guinness each person gets along with admission. You’ll get a nearly 360-degree view from the highest structure in this part of Dublin, and if the weather is decent you’ll be able to see for many miles in every direction. Once you present your coupon for your beer you have to be prepared to wait a couple minutes, since a proper pint of Guinness is always a two-or-more step process, with the glass first being filled up, and then finally being completely topped up after the foam has settled. 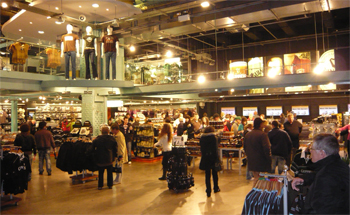 To the surprise of absolutely no one who’s been on such a tour before, the exit area is most easily accessible to those who go through the large gift shop, where every imaginable item of clothing or anything else can be purchased embossed with the Guinness logo. The selection is huge and the prices aren’t terrible, so you might leave a bit of time for a look around yourself.

Discounts of 10% off adult admission are available if you book online in advance. The lines can get long, so that’s not a bad idea, but you should be aware that there are many different ways of getting a discount similar to this. All the hop-on/hop-off tour bus companies stop at the Guinness Storehouse, and you get a similar discount if you show your ticket. There are also coupons in some local tourist-oriented publications found at many hotels.

Address and getting there

The Guinness Storehouse is just west of the Dublin city center, and quite an easy walk for most people. It’s also served by several public bus lines, as well as by both companies that do hop-on/hop-off tours of Dublin.

Map of the Guinness Storehouse