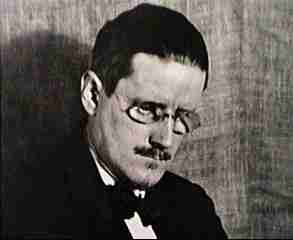 I have a degree in literature. I have worked both as a journalist and in the computer industry as a technical writer (its own distinct application of the language, it should be noted). After almost five years on this side of the pond I can pretty much use anglo and American English interchangeably. In short, I have a pretty good command of the English language.

Here’s the thing: what are the Irish doing with it?

If you pick up an Irish newspaper you’ll see Americanisms sitting side-by-side with British English. That’s fine; English is a wonderfully malleable language and lends itself well to convolutions of vernacular. The question is, is the English in Ireland being tainted by American English or is it making its own distinctive step away from the Queen’s tongue?

I believe it’s the latter. I think the Irish have their own English and, given the global influence of that Irish English (in the realms of literature and business alone the Irish have certainly made their distinctive mark on the language), that language should be set down in a reference work somewhere . . . you know, like a dictionary.

The thing is, if Ireland were to publish such a tome it would be admitting the language as their own. This is a country whose original tongue (Gaeilge, Gaelic or just “Irish”, as it’s commonly referred to) is still fighting its way back from near extinction. Seriously, it wasn’t even included on the EU’s list of languages. Even though most Irish people use English as their primary language, admitting it as a national language is an abhorrent thought to most.

As long as the Irish remain neutral on the subject – utilizing the Queen’s tongue in their literature, the US flavour in their business dealings and a bizarre amalgamation of the two in their newspapers and casual correspondence – they can claim it’s a borrowed tongue that has never truly taken root in the Irish soul.

I just can’t help but wonder – wouldn’t it be a more powerful thing for the Irish identity to seize the language for themselves?