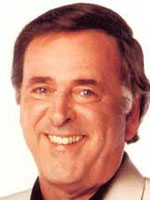 So, who gives a toss about eurovision anyway?

Christi and a group called “Scooch” (who look like escaped airline hosts) were the final two contestants to represent England at eurovision. Our man Terry there announced that Cindi had won.

Cindi was thrilled for about 3 seconds before Terry’s co-host blurted out the other act’s name – Scooch – as the winner, saying “Sorry Cindi!”

That must’ve sucked so bad.

Here’s the actual event, see for yourself: