The Bebo and her band 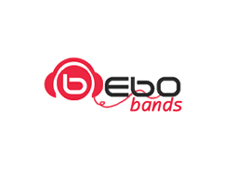 Yes, that’s what it’s called here: “The Bebo”. It may be only the third most popular social networking site with just 1.18% share of the market, but it’s by far the most popular social networking site in Ireland. Yes, for some reason Ireland just loves the Bebo. Radio programs, DJs – all of these have Bebo profiles, because they know that’s how to reach the Irish market.

Planning a trip to Ireland? It might not be a bad idea to get on “the Bebo” and make some friends. 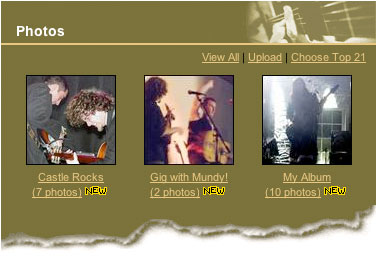 So, two days ago I sat down at Photoshop and created a Kerbside Bebo “skin” (an element of which is pictured left there).

Bebo skins determine the look of one’s Bebo profile – you can pick from a whole range of pre-made skins or create your own. I was pretty happy with my attempt there (whadya think?).

To finish things off for the stunning Kerbside Bebo band profile, I uploaded a bunch of photos of us playing, a few mp3s and even a video of one of our gigs in Tullamore.

After all that hard work I sat back and let the magic of Bebo’s viral marketing do its work.

Two days later I am proud to announce that our new Bebo band profile boasts a staggering TWO whole fans! Not only that, but we have been OFFICIALLY declined as a Bebo featured artist!

I actually had to read the email from the Bebo staff twice. It’s pretty clear, even though I’m not sure it’s written in English. It reads,

“We’re sorry, but you band has not be selected to be featured. We cannot enter into any discussions. Thank you.”

Ah yes, first the Bebo. Next: the world.