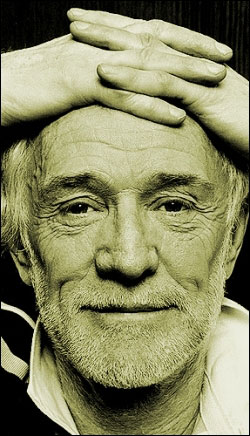 A statue of deceased actor Richard Harris was erected last week in Kilkee and a speech was made by Russell Crowe. Russell had befriended Harris before his death when they were both filming Gladiator. Apparently, they were kindred souls – good-looking hollywood types who were fond of a good time. Poingnantly, Crowe says they planned to go to the next Australia/Ireland rugby match (they were both fans of rugby). Harris died before that happened, but Crowe went and, on that occasion, Ireland beat Australia for the first time in 37 years. Struck by this, Crowe wrote a song on a beer mat, which he sang at the statue opening, accompanied by a guitarist, uileann pipes and backing singers:

Mr Harris take the field,
and play the16th man,
We’ll sing of Athenry,
And you’ll do all you can.

For the green, the glorious green,
The emerald green of Ireland’s pride.

The Friar’s Gate theatre in Harris’ native Limerick will be running an exhibition in honour of Richard Harris’ life from October 1 – 25.