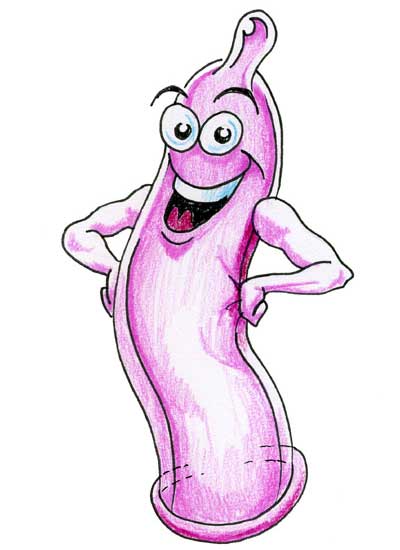 This is the second in a two-part article on sex in Ireland. Read the first Sex in Ireland article here.

Let’s get right down to it.

Last fall the Irish government published the Irish Study of Sexual Health and Relationships. It basically indicated that Ireland is undergoing a sexual revolution. Sure, there may not be flowers in their hair, but just 6 percent of today’s Irish population feel that pre-marital sex is wrong.

If that doesn’t sound so odd to you, consider that when the same question was asked of Irish people in 1973, 71 percent said it was wrong.

And, just like the San Franciscan hippies in 1960s, there has been a flourishing variety of sexually transmitted infections. How much? Well, between 1998 and 2003 the incidence of STIs in Ireland increased by 243 percent.

This is most likely due to the fact that, 14 percent of Irish people do not use a condom – even when having sex with a person they had just met for the first time – because “they trusted their partner” not to have a sexually transmitted disease.

Where is this trust coming from? Well, some of this HAS to be due to the sex education (or lack thereof) in Irish schools. In the past the country’s population was held close to the bosom of the Catholic church in almost every aspect of life. Today, the lack of sex ed in schools seems to be proving disasterous. When I posted an article on sex education in Irish schools the responses were that sex is hardly mentioned in the Irish curriculum.

Some of it may also be the way the strong-willed Irish female is reacting to the changing mores of Ireland. Last time I opined that the Irish female is incredibly confident and self-assured. I did not say – but maybe it goes without saying – that Irish women can be almost as sexually aggressive as men. I have more than a few single male friends who during a visit to Ireland have basically been plucked from a nightclub dance floor and told in no uncertain terms what awaits them at the other end of a taxi journey.

What’s more, in a country where abortion is illegal these girls seem willing and able to accept the risk of raising a child on their own. I know a number of single Irish women with children and it doesn’t seem to be the social scandal I’m sure it was 20 years ago. It could be because the Irish family remains strong. So, unlike the states where children flee their parents and home towns as part of the natural aging process, these women are bringing children into a loving, supportive environment where the lack of a father – while certainly unfortunate – seems more manageable.

Men around the world have proven their ability to treat sex casually with no thought to consequences. I wouldn’t say the Irish woman treats sex the same way a man does, but I would say she is an eyes-open, ready to enjoy herself AND shoulder-whatever-consequences-may-arise type of girl.

A funny anecdote: the very first strip clubs opened in Ireland only a few years ago and I’ve heard the owners of these clubs remarking on the radio that some nights there are more women at their shows than men.

Getting back to my point, the third factor might be that Ireland is only just realising its diversity. This was a parochial country for so many centuries that trust was implicit; when you know everyone, you know what to expect. Many of today’s Irish hold onto that mentality – that feeling of knowing everyone around them well – even as their country’s new affluence allows them to travel all over the world and draws the largest population of immigrants in Irish history to her shores.

The trust that a small community engenders does not, unfortunately, belong in modern urban society.

It remains to be seen whether the Irish will become as jaded and superficial as the modern urbanites of other nations. Until then, the Irish sexual revolution continues unabated.

Cheers to Allan at charicatures-ireland.com for the condom graphic.