Nightclubs and the etiquette of Irish drinking

Irish pubs close at 11.30pm. They close at 12.30am on Fridays, Saturdays or nights before a bank holiday.

From Thursday through the weekend, strolling around your average Irish town after 2am means you will be greeted by THRONGS of young people in the street, searching for a taxi or a quick food fix from the local chipper (this is a phenomenon I had never noticed before moving here – alchohol in Ireland is, apparently, laced with a substance that makes you really hungry for disgusting food at early hours in the morning . . . mmmm, garlic curry cheese and bacon chips, mmmmm . . . ). So, where are they all coming from?

Ah, yes, but how do they get there? On a Thursday? Well, to understand this, you need a bit of background on “going for a drink” here in Ireland.

There’s a thing about going for a pint in Ireland. When you go “for one,” it never means one. Hospitality won’t allow it.

You see, rarely does each person buy their own drink. In fact, it’s almost considered rude. For example: Suppose two people say they’re “going for one.” Either one or the other gets the first round, obligating the second person to get the next. This means the attempt to “go for one” with a friend is doomed from the start by the presence of said friend.

This gets exponentially worse the more people are “going for one,” as you can well imagine.

But the problem doesn’t stop there. While pubs are sometimes open from early morning, most Irish people don’t tend to head to the pub until 10pm or later. Things don’t get going in Irish pubs until around 11pm. This causes problems.

Say four people go for “one” on a Thursday evening. Everyone finally arrives at about 10:30pm and the first round is ordered. Before you know it, closing time is looming. Not wanting to seem mean (that’s “cheap” to you, Mr & Mrs USA), everyone tries to get their round in. Suddenly, our four friends (because whether they were friends or not before, they certainly are feeling the love now) have consumed at least 4 rounds of drink in less than an hour. A sense of deep comradery and goodwill has descended on their ever-lightening heads. They’re feeling good. They’re singing songs. They’re falling out the door, encouraged by the impatient bar staff. 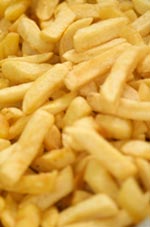 It just wouldn’t be right to put the brakes on something that’s going so well, would it? Someone suggests the night club. A rousing cheer sounds. Our four friends (friends? Hell, they’re practically family at this point) are paying into the nightclub for the opportunity to listen to overly loud music that went out of style in the 1980s and pay twice or three times the normal going rate for drinks. Seeing as the music is now too loud for conversation and the nightclub too wedged for them to stand all together, they concentrate their energies on those overpriced drinks. And, funny enough, those feckin nightclub glasses must be half the size of normal ones – they seem to empty twice as fast!

Aaaaaaaaand now it’s 2am and our four closely related family members are so baloobas they hardly recognise each other. Ah well, throw an arm around whoever is closest to ya, we’re all good friends here.

“I could eat a nun’s arse through a convent gate.”