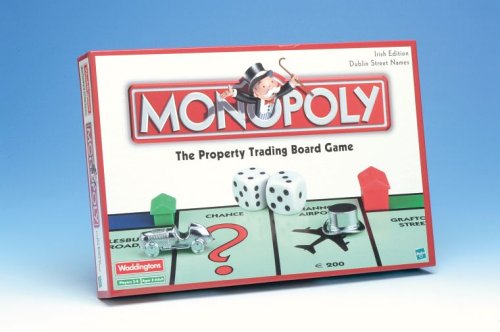 Pictured above is the old Irish version of the Monopoly board game (note Shannon Airport there under the hat and Grafton Street next to it).

Okay, so if you’re anything like me, you grew up playing monopoly. If you had older siblings, the coolest thing was to be old enough to be allowed to play with the older kids without being warned not to swallow the little metal shoe.

I always liked the shoe.

Or the hat. The hat was cool.

You know, my father used to use copies of the monopoly money in his classroom as reward points for his kids. I think the idea was they could trade the money for school supplies, extra recess privileges (like getting to leave first) and whatnot. 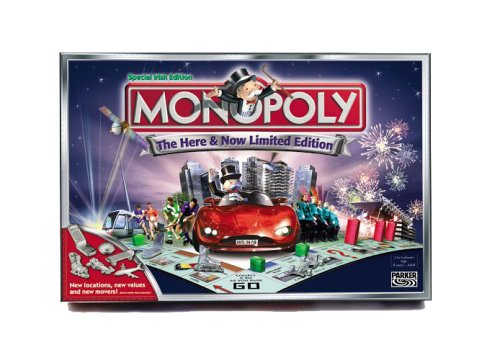 Well, Hasbro had a spot recently on the Gerry Ryan show (who mentions Monopoly in his list of Irish childhood experiences) and offered to release a 5 special Gerry Ryan Show edition sets. I haven’t seen the Gerry Ryan version, but there IS a new Irish edition with the LUAS and eeeeeevrything in it. If I can find a copy in town, I’ll get it and stick some photos up here. I’d love to get one of the old Irish editions with the Irish punt and all that.

Anyway, here’s a fella who’s obsessed with the Irish versions of Monopoly over the years.