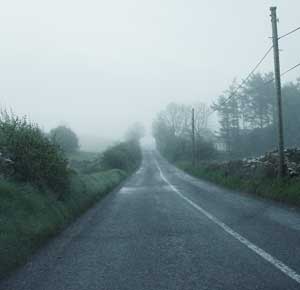 It’s everywhere in the news lately – the death of rural Ireland.

The topic that brings it to the headlines lately is the drink driving laws that are keeping your rural Irishman at home, leading to the closure of many rural pubs. But this is just the latest blow to these communities. First off, the money is really not in farming.

Ireland has become the strongest economy in Europe because the government changed an awful of things about the way things work here. University is all but free now and when you’ve been educated at that level and can command a good salary in the city, the chances of you returning to practice subsistence farming on your homestead are slim to none.

The prospects in Ireland used to be just about the same, no matter where you went. If people left home, they often left Ireland. That’s no longer the case – the rural Irish are leaving home, all right, but they’re not going abroad. They’re staying home to contribute to the cancerous growth of the cities whose expanding hinterlands are absorbing the commerce and lifestyle of rural areas. Motorway bypasses are diverting tourists and casual travellers. The government has centralised their services out of villages and small towns.

On top of that, many rural households belong to commuters. Ireland is small enough that commuting to the city is a viable daily option from just about anywhere. I have discussed before the impact motorways were having on tourism, but only recently has it occurred to me that as the ability to get anywhere quickly becomes a possibility for more and more of the country – the less people are going to stay where they are and cultivate the pastoral lifestyle that has so defined Ireland throughout her history.

We are seeing the biggest change to Ireland and Irish culture since the invasion of the British.

When I was taking high school science we were taught about “indicator species.” An indicator species is a species whose death indicates an unbalanced ecosystem. The disappearance of rural Ireland is the indicator that the cultural ecosystem of Ireland is taking a very hard hit. In the past Irish culture has been invaded, converted, starved, dominated and almost driven to extinction but the hardy Irish attitude has always prevailed and, usually, absorbed its antagonist emerging more “Irish” than ever. This time Ireland is reshaping itself in response to the pressures the entire world is putting on her.

Is the Irish belly big enough to swallow the world?