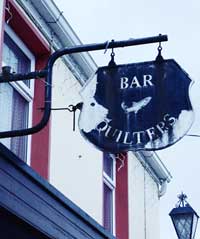 So there has been a lot of talk about the Irish Vitner’s association (this is sort of a publicans’ union here in Ireland) demanding compensation from the government for the new random breath test regulations.

If you will all recall (I know I do) I experienced these new regulations firsthand recently.

It would seem, from a quick read, that pubs are demanding subsidies because people are drinking less due to the new drink driving laws. This is, actually, not the case. I read more carefully one of the stories on the subject and it turns out that the demands of the Vitner’s Association are more from concern over the rural Irish community.

Okay, keep in mind that the public house in Ireland is the centre of most Irish communities – leave whatever stateside ideas you might have about bars out of your mind. Because of the INSANE growth here in Ireland, rural communities are not getting on so well. In fact, they’re kind of dying out. In a country that used to be almost entirely rural, this is causing a lot of concern. Hospitals have been closed. Shops are shutting down. Now, the last bastion of local communities, the pubs, are also going out of business. This means the heart of rural Ireland is dying out. 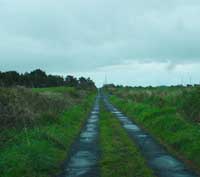 The horrifying intimation here is that, in rural places where pubs would be too far away to walk to, people have been regularly drinking and driving. The reality of the situation is that in such communities there is no public transport – sometimes not even taxis – and now people are staying home altogether. Better than driving drunk, of course. Nevertheless, should we turn a blind eye while the rural Irish cease to interact and rural Irish villages disappear?

Let’s get some perspective: for centuries, these communities travelled into town to the public house. When the automobile was introduced in the last century , it was used as well. If people stop living the way they have for centuries then that way of life will die out.

What the Vitner’s Association is asking for is government money not to sponsor pubs, but to sponsor rural public transportation. The impact of that for the pubs is, of course, good. What’s important here is that it’s also good for those rural communities. Rural Ireland may not have a body powerful enough to petition the government for something like this. Let’s assume benevolence and congratulate the Vitner’s Association on their initiative.

In their words, “”The VFI fully supports all measures to help stop carnage on our roads but communities who have been seriously disadvantaged by the new law cannot be overlooked and left with no alternative but to stay at home.”